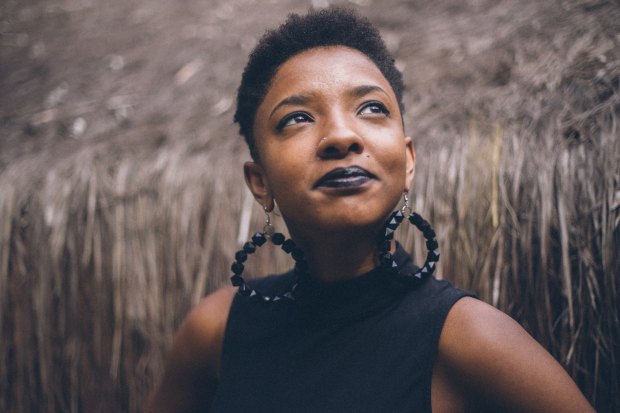 Photo by henri meilhac on Unsplash

A friend of mine recently shared a New York Times Op-Ed about Beyonce and respectability politics. It was written by Myles E. Johnson. Check it out here: Beyonce’ and the End of Respectability Politics.

The article talks about how Beyonce’, despite being a “crossover” artist, has begun to use her platform to center Blackness. The author references Queen Bey’s recent Coachella performance to a mostly white audience, where she paid homage to Historically Black Colleges and Universities (HBCUs) and Black Greek Letter Organizations (BGLOs)…AND where she unapologetically made it clear that the only anthem we acknowledge is Lift Every Voice and Sing ✊🏾. The Queen (clearly, I am courting Beyhive membership) did not just begin this celebration of Blackness with Coachella. Her popular 2016 song, Formation, which lauded Afros, negro noses, and hot sauce in purses, was a precursor to Queen Bey beginning to “do it for the culture” by discarding her subscription to the notion of respectability politics.

In case you aren’t familiar with the term, “respectability politics” refers to “attempts by marginalized groups to police their own members and show their social values as being continuous, and compatible, with mainstream values rather than challenging the mainstream for what they see as its failure to accept difference”. Source: Wikipedia. Disclaimer: On any other day, I would say that Wikipedia is not a credible source. However, this definition is spot on. Basically, “respectability politics” is acting in ways that make you as a Black person more palatable to white people (i.e. being good Negroes and Negresses). 🙄

Most of us, particularly those of us who are Black and degreed (notice that I didn’t say “educated”), were indoctrinated with the notion that achieving success is predicated on being a “respectable Negro”. We were taught to be mindful of the way we speak, to enunciate, always have subject verb agreement…to be mindful of our clothing and how we wear our hair…to be twice as good, look the part, and most of all, to not say or do anything that could be perceived as offensive to White people.

I have often found myself in situations where I have to choose between “respectability” and “self-preservation”, which is usually achieved by speaking my truth. This is why I wholeheartedly agree with the op-ed author’s encouragement for all of us to join Beyonce in rejecting respectability politics and centering Blackness. He writes, “All (B)lack people should follow her lead and refuse to shrink (B)lackness. Note: the author used a lowercase “B” where I inserted the parentheses and capitalized B because I always capitalize Black🤷🏽.

Now, to be clear, we must not forget to acknowledge that Beyonce’ has a privilege that the majority of us do not—wealth privilege. What someone who is wealthy has the ability to do is not always what the masses can afford to do. Nonetheless, despite not having wealth privilege myself, I decided about a year ago to not only unsubscribe from respectability politics but to deliberately and intentionally center my Blackness, specifically my authentic Black womanhood. Check out one of my previous blog posts: Speaking Truth to Power: The Politics of Intersectionality in the Workplace

Last year was a particularly tumultuous year for me in the workplace. As I previously referenced, I had been taught to behave in a way that would garner acceptance from the majority and to shun anything that could be seen as too Black in the workplace. I could be as Black as I wanted to be in my private life, but in the workplace, I had to assimilate, for lack of a better word…and so I did it. I worked hard, spoke well, wrote well, refrained from discussing politics, and any other thing that made it clear that I was not the “stereotypical” Black person. Don’t get it twisted, I was nobody’s Oreo, nor did I ever sell out my people, but I definitely carried myself in such a way that dispelled the myth of the <insert negative Black people stereotype>.

It wasn’t until I found myself in a situation where my reputation, and possibly my employment, was at the mercy of white women who had the option of deservingly taking an L with me or throwing me under the bus, that I realized respectability politics were of no use to me. As you can probably tell, they did not take the L with me. Instead, they threw me under the bus. I learned in that moment that respectable Negroes get thrown under the bus right along with the ones who don’t try to not be the stereotype. So I have learned to own my Blackness, unapologetically. That means that I no longer feel the need to make sure I balance my resting bitch face with forced smiles so that I can convince people that I am not the “angry Black woman”. I don’t feel pressured to work twice as hard to “prove” myself. And most importantly, I don’t sit silently by when culturally insensitive remarks are made. I call them out…and document. I don’t use the “race card” (I despise that term) but I do center Blackness when and where I can. If we don’t center ourselves, then who will?

5 thoughts on “Respectability Politics: Why I Canceled My Subscription and Chose to Center My Authentic Black Womanhood Instead”